Heroes in the D.C. Cinematic Universe 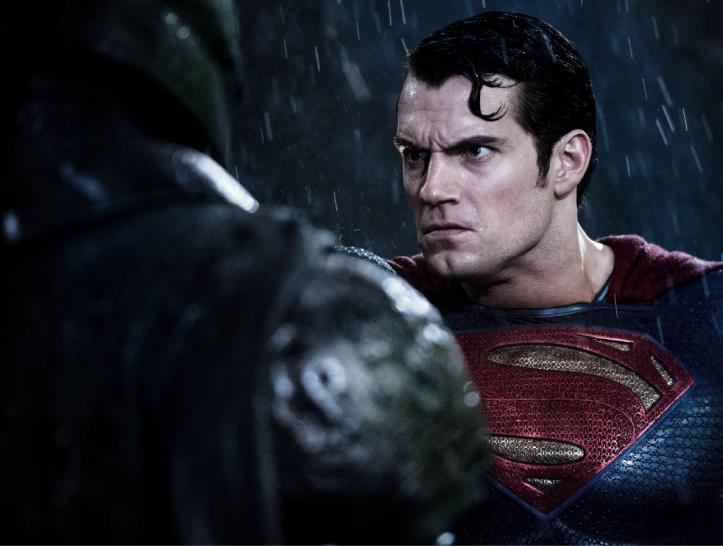 “I’m here to talk to you about the Avenger’s initiative.” With these ten words the Comic book movie was forever changed. No longer were Superheroes alone in their world, they were part of something bigger, they were part of a shared universe. Marvel released a total of five successful movies that slowly built towards their crown jewel, The Avengers. Warner Bros. looked at the success of the Avengers and wanted to form their own universe, a universe that would hold all of the D.C. superheroes, they hired Zack Snyder to help launch this universe, but Zach Snyder has failed.

With the release of Batman v. Superman: Dawn of Justice (horrible title) Warner Bros got their wish, they got a shared universe, but there is only one problem, this universe isn’t populated by Superheroes, only people who have superpowers. In their quest to be “darker” “edgier” and “grittier” than Marvel,  Zack Snyder and Warner Bros have stripped away too much of what makes these heroes heroic, and this is what, in my opinion, ruined this movie, and I fear will ruin the DCCU.

Batman v. Superman introduces five new superheroes (Batman, Wonder Woman, Flash, Aquaman, and Cyborg) along with the returning Superman. We will go through them one at a time and see if we cant find someone who is worthy of the mantle of Hero.

Let us quickly go through the three heroes given (odd) cameos. First is Aquaman, he is seen in a sunken ship where he stares at the camera for a few seconds before destroying it and swimming off. I’m going to give Aquaman a pass as you really cant tell anything heroic from this cameo, maybe the camera drone had it coming? We don’t know what happened just before this, did the drone cut off a school of Tuna who had the right of way? Did it insult Aquaman’s mom? We may never know. Aquaman is given a D on the heroic scale

Cyborg: Ok I’m going to be honest I have no real idea what happened during this scene. A scientist testing a horribly mutilated body before a box lights up and starts grafting metal to him while he screams… I don’t know why this was included, without more context it doesn’t make sense to the average movie goer, and its just plain weird! Cyborg is not heroic, but clearly a victim. Cyborg is given an incomplete on the heroic scale.

The Flash: We have a hero! Flash’s cameo was by far my favorite, and he is my only hope for a true hero in the DCCU. The flash stops a crime when he didn’t have to, and more importantly he actually smiles while he does it. He is the only member of the Justice League that actually seems to  enjoy helping people. Flash earns his A with style.

Wonder Woman: While given more that a mere cameo, Wonder Woman is never really fleshed out, never given any context for her actions, and her heroic grade will show this. Wonder Woman has been absent from the world of men for 100 years. She has taken no side in any war, not prevented any natural disaster, her only motivation during the first two thirds of the movie is to find a picture of herself from 1918 that somehow proves she is a metahuman, and has lived for centuries (which if true means Nicolas Cage has some explaining to do). She is not shown in any heroic light, and is given no reason why she joins the fight against Doomsday. Was she bored?  Doesn’t want Bruce to get hit in the face? Who knows, and obviously Zack Snyder doesn’t care, the only thing that matters is she shows up and kicks ass. Wonder Woman is given a C-. After 100 years of doing nothing to help people,  you cant just show up and kick ass.

Batman: Oh Bats, how far you have fallen… In this universe Batman is not a hero. This is a Batman who kills without a moments hesitation, without any thought to if there is a non lethal option, and without any self reflection. This is a Batman who is willing to shoot first and ask questions later, a Batman who is willing to torture and brand the bad guys knowing what awaits those that have his signal in jail. A Batman who will use a gun, the weapon used on his parents, to kill anyone who stands in his way. A Batman who does not strike from the shadows, but instead rushes straight ahead, daring you to kill him before he kills you. A Batman who isn’t looking to protect the innocent, but to punish the guilty. A Batman who wants to watch his opponents bleed. This is not a hero, Batman gets an F.

Superman: This Superman is as dull and muted as the colors on his suit. This Superman is truly the biggest disappointment. Superman is supposed to be the moral compass to the Justice League, he does what is right because it is right, and he doesn’t have to think about it, because he knows in his heart what the right path is. He gives the people hope, hope in the superheroes, hope for each other, hope for a better tomorrow. This Superman does none of these things. This Superman is constantly having to ask others what he should be doing, he asks Lois, his mom, and even his dad (in the weirdest cameo) he never believes in himself, never follows his heart, even when he helps save a child from a burning building there is no smile on his face, no sense that he is proud of what he has done, instead he stands stone-faced while those around worship him. Those in need draw his symbol, call his name, and stretch out their arms towards a super powered figure that literally hovers just out of reach, almost debating whether to save them or not. The people of Metropolis sway back and forth between love and hate of Superman throughout the movie, and I cant blame them, I never rooted for Superman, I never cared for him. When we finally get the fight that the title promised it is not a tragic battle between two heroes, but a battle between two people who care more about winning that doing the right thing. Superman gets an F.

During the climax of the film Batman, Superman, and Wonder Woman team up (because Zack Snyder needed them to so the second half of that horrible title makes sense, I mean, because their mom’s share the same name… Quick look up WW’s mom’s name if its Martha this will all make more sense) to face Doomsday, and while I know which side I was supposed to be rooting for, I found myself not really caring. Sure Doomsday was a monster, but he was created by Lex to be a monster, so its not really his fault, while the Trinity were monsters because of their own actions, or lack thereof. In the end the “good guys” prevail and vow to band together to stop a threat that Batman has a gut feeling will show up soon (sheesh), but the problem remains, there are no real Superheroes in the DCCU. There are only Gods and Monsters.