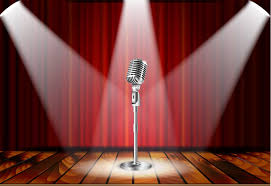 So you’ve signed up and are going on Stage at a Stand-Up Comedy Open Mic. Awesome. You’ve been out there for hours and you’re thirsty as hell, so take a seat and order a drink. As I’ve said before, treat the Staff well. You don’t realize it yet but when you become a regular, you and the Staff will form a relationship. You’ve bonded over both the good mics and the bad, and you are in it together. It’s not so hard to tip either. In fact, it’s much easier than what you’re there to do.

Here you go. You’ve had your material ready to go for days, weeks or maybe even months. You don’t know when you’re going on so the suspense is eating at you. You’ll see some people struggling up there. You’ll see some do just fine. Some know just what they’re doing even if the Audience doesn’t. You’ll hear more than you ever wanted to know about their body parts and the Racist Wizard, who comes weekly, isn’t one to hold back. Radioactive Elvis hasn’t come back yet, but don’t worry, he’s out there somewhere, waiting. You’ll see Professionals from time to time. Don’t be jealous. They’ve worked hard and may still be just as nervous as you. 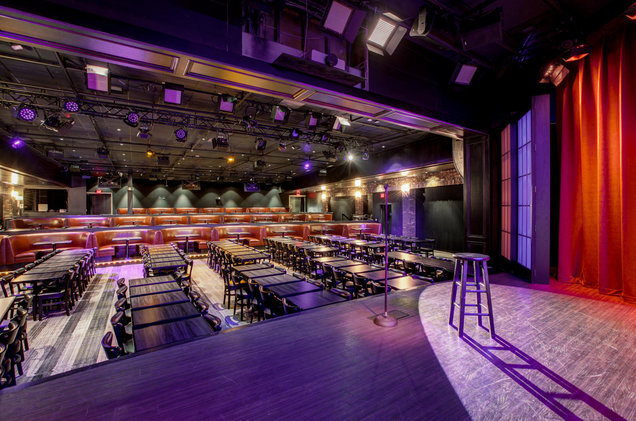 Then before you know it, you’re put on deck. This means your next. This is the hardest part. You wait and wait as the guy before you seems to babble on and on, and then it’s your turn to go up on stage. But there’s something most people will forget to tell you: have fun. It’s your first time. You won’t be seeing yourself on one of the posters outside anytime soon, so just enjoy the fact that you’re doing something you’ve always wanted to. You’re taking a chance. If you get laughs, good. But if you don’t get laughs, it only means you have some work to do. One of the worst things that can happen is to actually get laughs your first time on Stage and then you think you’re good, but then the next week you get nothing and then the same the week after and so on. No matter what, be patient. Keep working and writing, and it will pay off. If you really want this, if you really do, you’ll keep going and never give up. 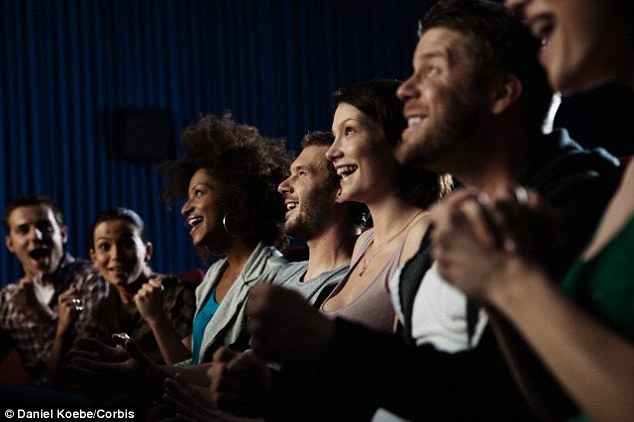 Fear not, it may seem like a scary process but there is a lot of fun to be had too. You get to meet other people with the same dream as you. Sometimes it can be rough. It can be like High School in a sense and the cliques and the unfriendly types may try to take a jab at you. Don’t worry about it. You might get some good old ball-busting, as well, but it’s up to you to interpret it as you will and understand it’s part of the life. If they talk about you on Stage, good. They’re giving you some of their Stage time. Enjoy it. But you’re certain to meet some friends there too. If you’re lucky, you may even find not just a friend, but a mentor. They’ve been doing this for a very long time and you can learn so much from them. This field is all about growth and learning and what better way to do so than with the help of a guide who wants nothing more than to see you do good. If you remember, the Hero’s Journey mentions such a character. And you’ll appreciate this friend, as I have.

Social media has become a very important tool in the Stand-Up world. You can use it to test jokes, announce Shows and appearances and even talk to Comedians from afar who may help you set up some Stage work while you’re travelling. Use it wisely, because it can also bite you right in the cheek. I always say: when you start out, don’t just “friend” everyone on Facebook. Some people love to get nasty from afar, behind the safety of their Computer, so if you say something they don’t agree with, they’ll leap out of the water like Jaws eating chum. If this happens, ignore them. The size of your boat is just fine. Don’t cut your own throat and add to the problem. Remember, they want you to do bad. Move on. This is why you make friends casually and find your Comedy Family. Before you know it, you’ll be doing shows together and hitting the road. Then you can add them on Facebook. 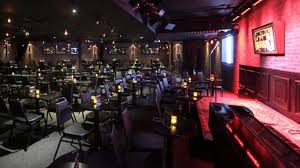 You may see Celebrities stop in from time to time. This gets really exciting. You get to see someone do some time for pennies compared to their usual charge. Take this in; treat it as another learning exercise. Watch how they work the room and get that feel of what it can be like. You never know who you’ll meet. I met a guy who was big time back in the eighties. He had even been one of Dangerfield’s young Comics. He did some time and afterwards we communicated a bit. Through him I met a woman who had worked with Mel Brooks years ago and since then she has told me stories of being on set with Mel, Dave Chappelle, Richard Lewis and so on. You just never know who you’ll meet.

Time for a name drop. I went to SLC FanX Comic Con this past September and met one of the original members of Saturday Night Live’s Not Ready For Prime-time Players, Laraine Newman. She’s still just as funny as she was way back in those early days of 1975. We talked Gilda Radner, Chevy Chase, John Belushi and so on. I told her that my Mom and I’s favorite skit was The Exorcist 2, where she played the possessed girl to Richard Pryor’s Priest. I learned that it was one of the only skits at the time not written by a Staff member, but by the incredible Paul Mooney. And I learned that Chevy Chase had played the demonic voice-over. This was incredible. I’ll never forget it. The reason I bring it up is that it goes beyond just you getting on Stage and trying to make people laugh. It’s a Culture and you’re a part of it. Meet people, meet your heroes and you’ll learn more than just the art of joke writing. Along with doing Stand-Up and doing work, you’ll find new memories and experiences that go beyond words that you can carry forever. This is a lifestyle. Live it.

Dodge the nasty waters and find your current, and you’ll grow to love what you do. There’s no terror in living your dream. So get out there, sign up, get on Stage and make them laugh. Worry about Money later, their laughs are more than enough for the time being. Work and write and grow and grow. No frowns in Comedy. Laugh, dammit, laugh.