THE IMPATIENT ONES WITH THEIR RUSHED PRODUCT

One of the things I’m seeing these days is the fact that no one wants to really work on their craft. I mean of course they put some time in, but they get way ahead of themselves and focus on the things that shouldn’t matter yet. It’s like in Comedy. “When do I get paid? When do I open for the best Comedians out there? When should I make a Video to send out to Festivals?” How about you write some damn jokes? That sounds mean, but that’s my honest reaction. Why should I lie to you readers now? I learned this from Comedy Legend Steve Martin. “When should I get head shots?” His answer is basically to worry about how you can be funny first. 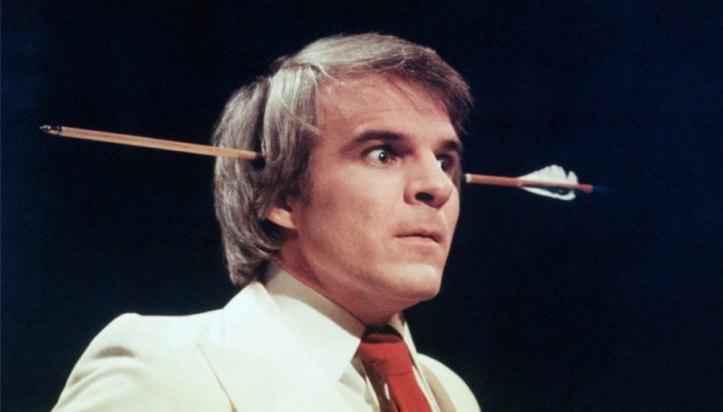 I can think of more than a few people I’ve seen go down this road. They’re so worried about Headlining inside of a Year. A Year. Think about that for a moment. Pretend I’m a Doctor and all I did was watch other Doctors on TV and decide I want to do it. Right away, I read some books and talk with a few Doctors about what it’s like and then I want to do my first Surgery three Months in. Would this work for me?

New Comics often talk to me when they find out how long I’ve been doing it. I’ve made the mistake several times of not going on my first instincts of people and spent time with them. Then when they find out I’m not doing Weekend Shows or Featuring for working Comedians that come through town, they move on to the next person they think will help them further in their careers. But they’re not focusing on writing as much as they should. What about Stage Presence? Finding out who you are up there? Are people laughing? If so, why? The best have said that it takes years, maybe six, to find yourself and your aesthetic. And still, no amount of fame is guaranteed. But next thing you know, some of them are getting a good amount of opportunities. Some even Headline. But where’s the Work? How do they know what they’re doing is going to last? Today, most jokes have a short shelf life. Who will care about Trump jokes twenty years from now? As for me, I write and write. All of my stuff is personal, yet universal, because I want people to appreciate it. So it takes a good amount of time. I’ll do a majority of my jokes a hundred times before I put them in my long term set. I want to put out the best I can be. You can’t rush that. I’m not perfect, I just want my Act to be something people can enjoy.

I worked at Panera Bread for a few years. They would never promote me and rarely gave raises. After four years and four raises, I left making $7.50. And they don’t allow tips, so how I ever made it, I don’t know. They even admitted to us that they only wanted to promote Female employees because it looked better on them. Aren’t you supposed to lie to me? Their method was promoting these young girls as soon as they turned eighteen and still had little experience. They didn’t know how to talk with these customers who could often get upset and acted like neanderthals wondering why their T-Rex meat wasn’t as pink on the inside as they wanted. Things could get out of hand real fast and so I, the experienced employee, would have to fix it. Do I blame the teenage girls? No, I blame the Company who thought they could look good by throwing children to shitty-sandwich eating lions. Why rush them?

Businesses like to bring in College Graduates and place them over long time Employees. It’s the same beast. Just because you read something in a book and your Professor told you all about it doesn’t mean you have the necessary experience. Hell, neither do the ones teaching it to you. Why else would you suppose they’re College Professors? Film Teachers and English Professors can only teach you so much and most of it is one person’s opinion. You have to get out there and learn for yourself. And again, don’t rush. Stop. Learn. Appreciate.

I sure am happy to see a guy, who once messaged me late at night and told me he was thinking about stealing jokes, getting so much work. He wanted to go up and tell a famous Comic’s jokes in an “ironic way” so that the people who knew the jokes would catch on and it would be….funny? Stealing jokes is stealing jokes. That’s it. That’s the lowest thing you can do in this business. And if I didn’t know these jokes, maybe I’d think they actually were his. Swamp-bug larva. “I’m starting my own Podcast.” Maybe you shouldn’t. Just because Life Coaches told you to seize the day doesn’t mean it’s your day to do so. You paid those phonies; they’ll tell you anything you think you want to hear. Patience. Don’t worry about making a Facebook account listing you as a Comedian. Don’t crop photos of you making it look like you performed somewhere you didn’t. Just write. Work on it. No matter how long it takes, how hard it is, be the Comic, the Doctor, the Teacher or whatever it is you want to be. You don’t have to be the best; just be the real you. Don’t rush the Moth.