The year long saga of Avengers: Infinity War and Avengers: Endgame had such an emotional impact for Audiences and long time Marvel fans. They beat down and literally killed off more than half of the Characters we’d known and loved. Then one year later, they beat up the remaining heroes just a bit more before Captain America, now one of the Worthy two, stood alone against Thanos and his army. And then suddenly, “On your left.”

Almost every hero who had been dusted at the end of Infinity War returned and the Avengers Assembled at long last. Of course we lost several more characters along the way, but by the end of Endgame we were looking to the future of this Universe. And as many know, Disney recently bought Fox and so some more heroes will be coming home to Marvel. So how will they bring the X-Men and first family, the Fantastic Four, into the MCU? 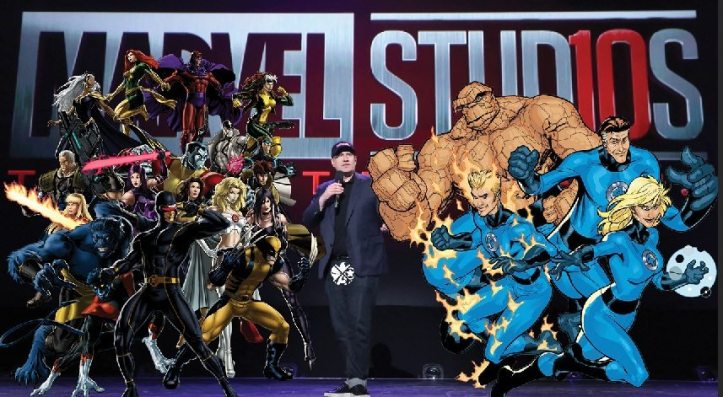 The Fantastic Four are quite simple. They follow a simple enough origin story that wouldn’t have to change everything we know about the current MCU to work. They go on a scientific expedition, are struck by a power surge and transform or gain abilities. Simple. Unlike the X-Men. For the X-Men to join the MCU, some big changes might have to be made and it’s not going to be easy.

Mutants, unlike the other Marvel Heroes, are hated and feared. They’re an allegory for racism and prejudice in America. But how could people in the MCU go on to fear Mutants when all of these other Super Heroes have been flying around the World for decades? Here are some ideas:

This could be an easy one. Magneto and his Brotherhood of Mutants attack and fight the Avengers. They call themselves Mutants, so this term would instantly be identifiable with the enemy. Then when the X-Men arrive saying they too are Mutants, there comes the fear. Why should they be trusted?

Maybe the World already found out about Mutants. But things went bad and so Professor X erased the knowledge of Mutants from existence. The X-Men could be like the Men In Black. After each Mission, Professor X logs into Cerebro and wipes it from humanity’s memories. The X-Men may not like it since the Avengers get so much love. Magneto and his Brotherhood could be imprisoned so when they break out, it could cause chaos. When it’s revealed Professor X was doing this, there could be a whole new level of mistrust. This is my favorite.

This has been a popular theory. When Iron Man did the new snap, he awakened the X-Gene and now Mutants are rising. Humanity could be weary of these new changes. I don’t like this one so much because I’d prefer it if Mutants weren’t “created.”

Who knows, there’s so many ideas they could go with. I’d personally just be happy to see the X-Men fighting Sentinels in Manhattan and Spider-Man comes swinging in to help. And of course there’s no shortage of villains that could take on the entire MCU. There’s Apocalypse, Mojo, Juggernaut and of course with the Fantastic Four, you’d get Doctor Doom.

Doctor Doom could be bigger than Thanos. He’s not only the ruler of Latveria and life long rival to Mr. Fantastic, Reed Richards of the Fantastic Four, but also a man of Science and Magic. He shares a popular Comic Book story with Doctor Strange so him being in Doctor Strange 3 could be an interesting branch in the Saga that leads to him being the big bad of 2028. Please let this happen! And while we’re at it, a card game scene with Hulk, the Thing, Wolverine, Thor and Captain Marvel would be nice.

No matter what, it’s good to know that the X-Men and Fantastic Four are at home with Marvel. it’s just a matter of time before Cyclops, Wolverine, Storm, Colossus, Nightcrawler, Mr. Fantastic, Sue Storm, Human Torch, and the Thing step out into the MCU.