Terry Jones is dead. I never knew him, but I’m sure I’m somewhat affected by this. Of course maybe if I did know him, I would cry. But I didn’t, so I’m just a little sad. 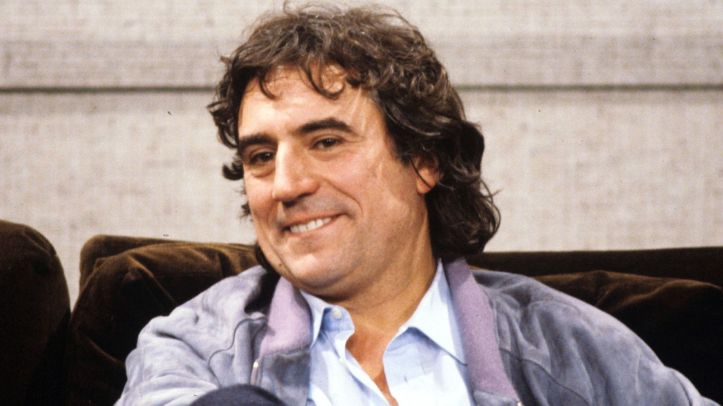 I met John Cleese one year ago and I’m very glad it wasn’t him who bit the dust. I remember how I told him that I appreciate everything he and the rest of Monty Python have done for Comedy. I also shamelessly told him about my somewhat underwhelming Comedy Career and he wished me good luck. I’ll never forget it. If the one I had met died, surely I would be much sadder. But John Cleese, at this time, is still alive. It’s Terry Jones who is dead.

Of course it just dawned on me that John Cleese could very well die at any moment. Let me go and check.

Nope, Cleese is still alive. In fact he, Terry Gilliam (not Terry Jones, because that would be scary), Michael Palin and Eric Idle sent out a Message today that read, “Farewell dear Terry J. Two down, four to go. Love Terry G, Mike, John & Eric.” The two down being Terry Jones and Graham Chapman, who passed away in a previous episode of “The World Spins A Lot” many Seasons ago.

Terry Jones’s battle with a rare form of dementia was made public in 2016. But admit it, wasn’t there something wrong with him a long time before this? Sure, he helped start one of the greatest Comedy groups of all time. Sure, they’ve been referred to as the Beatles of Comedy. And yes, he did Direct David Bowie in Labyrinth. But what did he really do? That Cleese though. A Fish Called Wanda? Fierce Creatures? Some of Rat Race? Brilliant!

Did you know that Cleese’s name is often mispronounced? It rhymes with Cheese. So it’s pronounced, “Cleese.” Of course, it occurs to me that this is hard to explain in text. So I guess pronounce it anyway you want.

So…death. Death, death, death…. It’s a scary thing. Any of us could die whenever and however. Chainsaws are rarely the cause, but it’s possible. Falling from tall buildings doesn’t happen much these days because windows are made so much stronger now. Poisoning a loved one is just flat out too messy. So natural causes or guns seem to be the biggest cause of death in this new age.

But wait, I’ve gotten off track. I’m supposed to be blabbing about this Terry Jones guy. I guess it’s a shame he’s gone. Maybe if he lasted a bit longer, he could have amounted to something. So farewell and good riddance, Terry Jones. The rest of your Co-workers will follow soon enough. I hope it doesn’t get too hot.